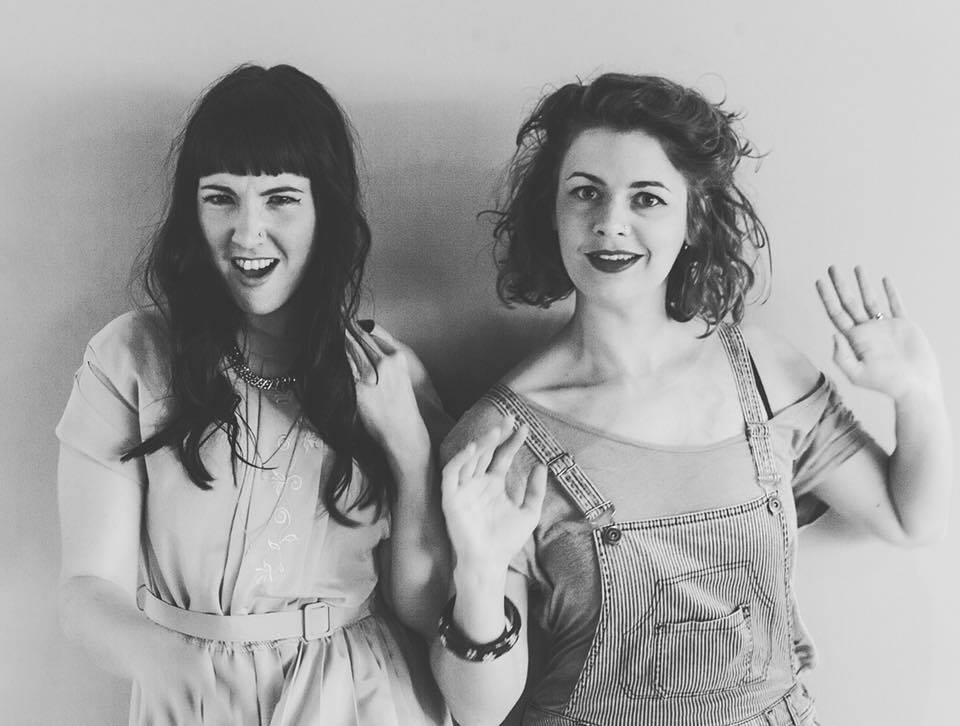 In 2014, Flossy and Boo was formed with an ambition and vision to create innovative work that looked at the world from an unconventional point of view.

In just three years together we have developed our portfolio of work to include; cabaret, indoor theatre, outdoor theatre, street theatre, walkabout acts and immersive and interactive environments predominantly for festivals. It is in this variation of practice that we thrive on exploring the boundaries of interdisciplinarity and the permission performance allows us to discuss and question the world around us.

What is central to the work we make is our audience interaction, the joy (and danger!) of asking people to be active engaged participants rather than passive spectators keeps us on our toes and our work alive. This in turn ensures that we are very much responsive to the environments in which we live and work.

Our work has enabled us to tour nationally and internationally, picking up four and five star reviews along the way; from Limburg Festival in the Netherlands, headlining Mavericks stage at Glastonbury, to performing at Wales Millennium Centre at home in Cardiff.

Anja (left) is originally from Carmarthen, with her father being a photographer and her mother a seamstress there was never going to be anything else she would do other than go on to a creative career (she once mentioned a career in medicine and they both immediately wept). Anja is an unusual Andrew Lloyd Webber to Laura’s Tim Rice. My goodness do those tunes get stuck in your head!

Anja has directed for NoFit State Circus and Mess Up The Mess to name two and been a creative mind on work made for WNO, BBC and a number of Theatre Companies in the UK. She plays far too many instruments and is very small! (or so Boo keeps telling her)

she also does a bit of brilliant voice overs, see here: Sound Cloud

Laura (right, and terribly tall, too tall really) has led a bit of a nomadic lifestyle, living in various places around the UK picking up accents and strange affectations before settling down in South Wales.   All of these lovely dialects and vocabularic gymnastics stand her in good stead for the lyrical witticisms she instills in the Flossy and Boo songwriting.

She has had quite the varied career, performing as an actor and physical performer for many Theatre Companies around the UK, as well as devising her own work.  She has worked as a Movement Director for venues such as the RSC and The Other Room, as well as Drama Navarra in Northern Spain – she finds it difficult to keep still, Flossy will attest to how fidgety she gets (try sitting next to her in a cinema!).

These two joined forces in 2014 to create this exciting company, dedicated to creating new, imaginative theatre that leaves an impact on its audience.